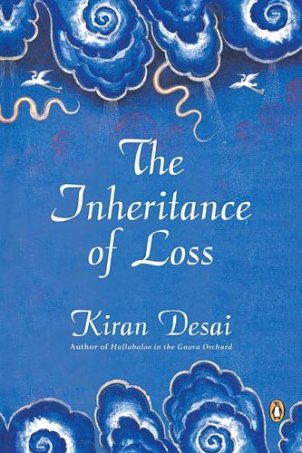 It is not a badly written book. But not one “that” well written to deserve an award, and least of all one as prestigious as the Booker. So why did The Inheritance of Loss win the Booker?

a) The rest in running were no better

b) The judges blundered

c) My perceptions are, well, questionable.

I hope it is option c. But reading the book I felt otherwise.

Sai, an orphaned teenager whose parents died tragically in Moscow, is left to the care of a reclusive and disillusioned grandfather, a retired Judge and former ICS officer of the British era, now residing in a desolate Kalimpong bungalow. The judge has a cook, whose son Biju is an illegal immigrant in the States, jumping from one small time job to another to stay afloat. The book hovers between the present life of Sai, the judge and the cook in Kalimpong in the backdrop of the Gorkhaland movement, and Biju’s struggle to find a foothold in New York, interspersed with flashbacks of the judge’s past, his cruelties and illusions of grandeur that have soured his taste for life

So why is this much vaunted book undeserving of its praise and accolades? Here I attempt a brief five point reasoning:

Is the book really that bad? By no means.You can certainly give it a try, though you might be hard pressed to finish it. Desai deserves credit for the research in hill politics and civil servant’s lives, for coming up with something substantial to say in over three hundred pages that perhaps took her years to write and which in no way can be undermined by a review that has taken only minutes. My regret is that with all the content for drama and conflict, the possibility of scintillating characterization and scope, the work frizzles out to produce only something average, that someone will read and forget, with its characters hardly lasting in our memories.

That is where the book fails, and the reason why I felt that option (a) or (b), or both combined is the most plausible answer to the question I had earlier asked.

12 thoughts on “The Inheritance of Loss by Kiran Desai”